2004-2016: A definite instruction, a complete season, an unchanging message:
“Prepare the way of our LORD JESUS CHRIST!”

In 2003, Lindie Gouws entered the publishing and media sector, not by personal design, but by a request she received whilst in the corporate world from a large national publisher. Lindie became the editor. The publisher then identified the need for a women’s lifestyle magazine and commenced the transformation thereof into such. However, having become involved in ministry and upon the expressed need for a South African Christian magazine, Lindie subsequently, in consultation with various Christian Leaders and relevant parties, started MY World printed magazine.  Lindie commenced the journey to publish the 12 series magazine theme issues in MY World, further publications other than based on the theme and subsequently, transformed into multimedia.  The season in MY World proved to become a vital part, foundation and preparation for the subsequent seasons to unfold in Lindie’s life as well as in other parties involved in MY World.

MY World was founded as a printed magazine, a word in season. Published in South Africa, MY World was distributed internationally. The unique theme and publication shape (a square) was inspired by the WORD of GOD – Revelation 21: 19,20 (The twelve foundation stones in the city wall of the New Jerusalem). A unique theme for a unique publication for a unique season. The first issue was a key issue and thereafter the 12 issues were named according to the foundation stones in the city wall. The theme enhanced MY World as an aesthetically beautiful Spirit Filled voice, declaring, “Prepare the way of our LORD!” After completion of the initial specific 12 magazine issues, a compilation bundle was published in the form of a hard cover Celebration Bundle coffee table book. During the life span of MY World more than 500 000 magazines were published and distributed by the MY World team. Expanding into multimedia was an ongoing weekly email message to subscribers, various radio programmes for national radio stations, the creation of CD and DVD series which were distributed individually as well as in other Christian Publications.

Lindie also contributed on a monthly basis to three other Christian publications in South Africa.

MY World Multimedia Ministries went on to make 2 international documentaries  that was broadcasted on international channels and upon invitation attended certain interviews on television networks.

We celebrate the life of MY World and know that the WORD and the MESSAGE lives on. 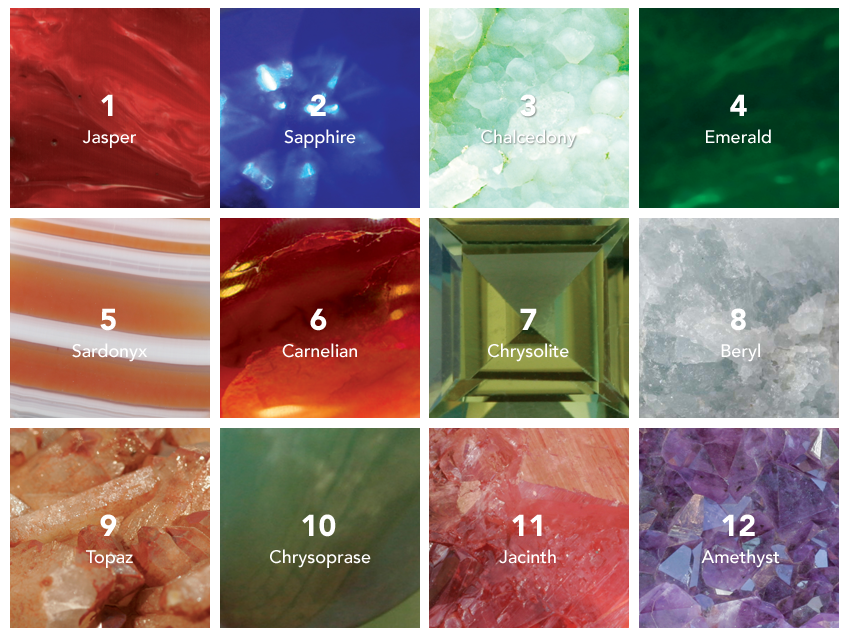 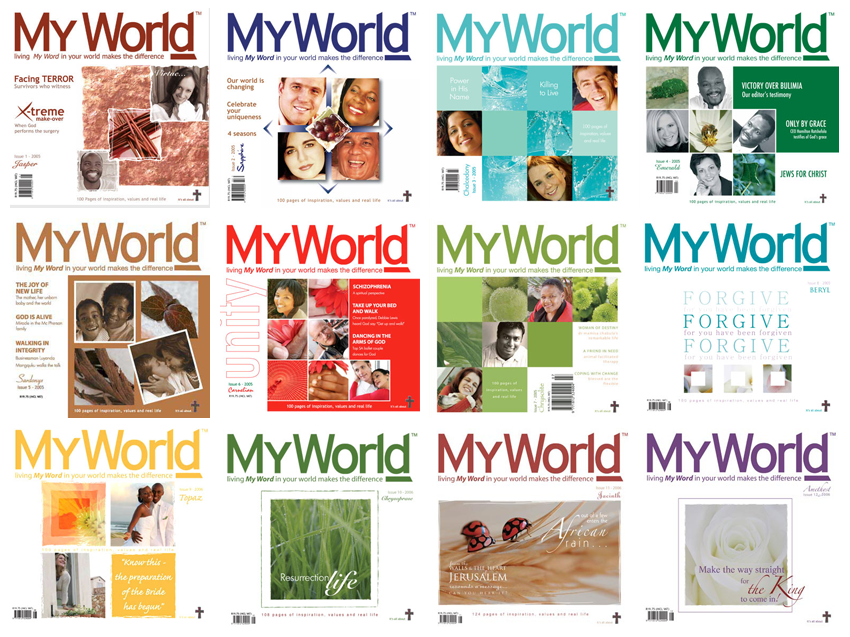 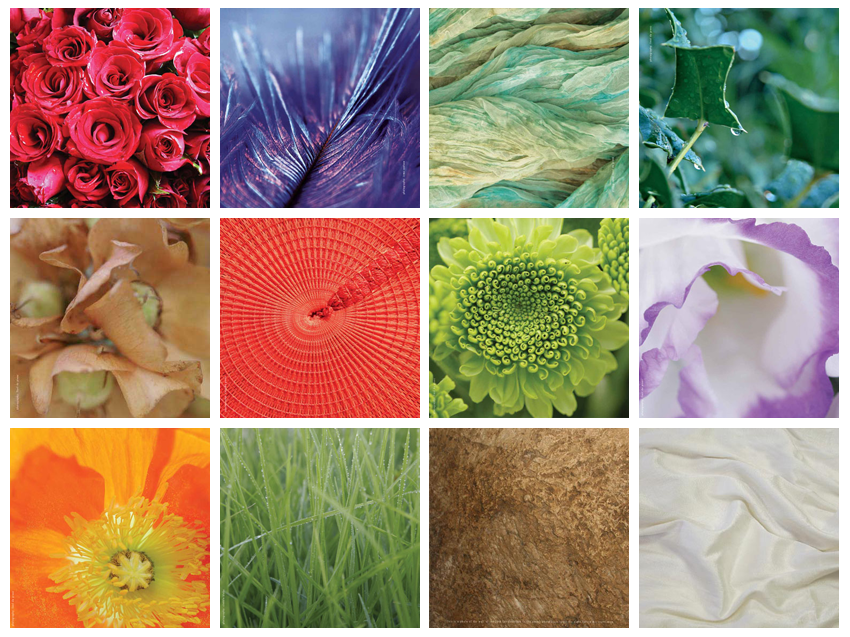 “The wall of the city was built on foundation stones inlaid with twelve precious stones: the first was jasper, the second sapphire, the third chalcedony, the fourth emerald, the fifth sardonyx, the sixth carnelian, the seventh chrysolite, the eighth beryl, the ninth topaz, the tenth chrysoprase, the eleventh jacinth, the twelfth amethyst.” Revelation 21: 19 – 20.

Transformation from print to multimedia 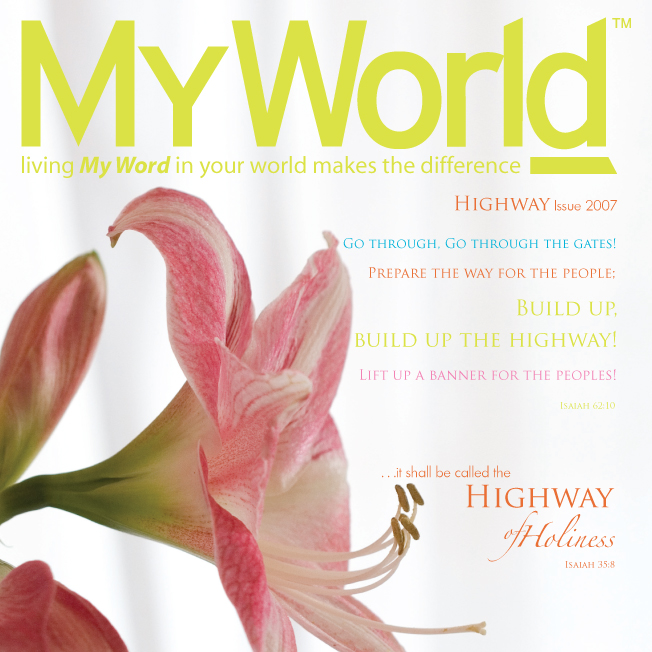 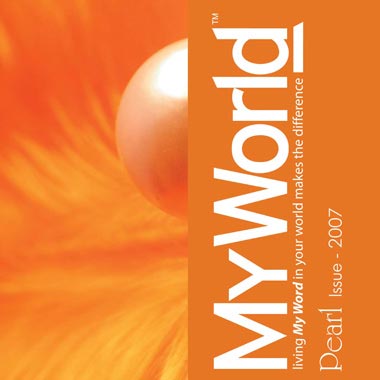 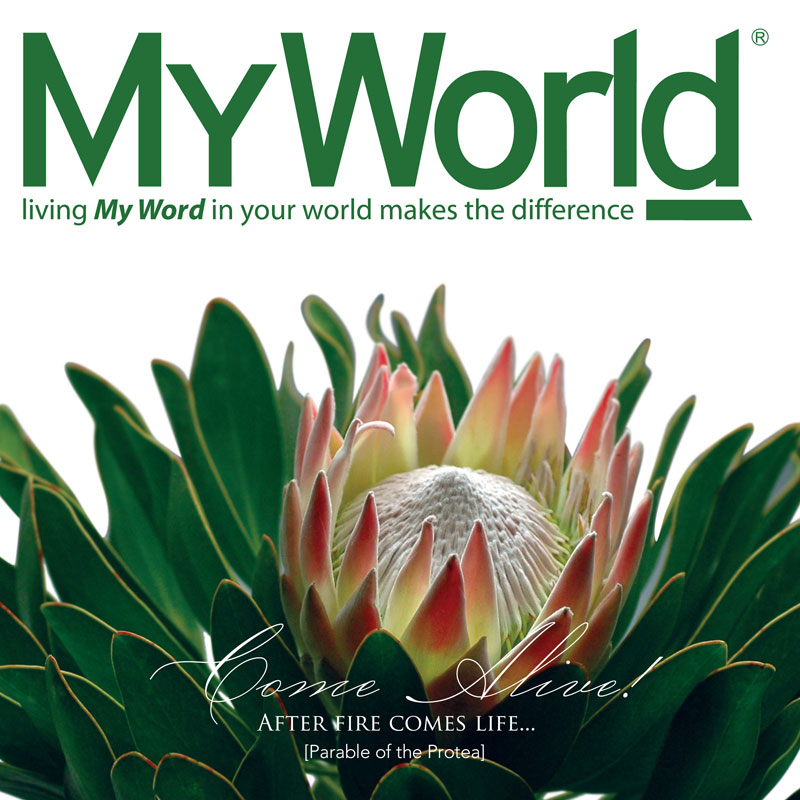 After completing the 12 foundation stones series, MY World was systematically being transformed into multimedia. Three more printed issues were published: The Highway issue (based on Isaiah 35 ); The Pearl issue (based on Matthew 13 about the parable of the Kingdom of GOD being like a pearl); and the “Come Alive” issue (as a prophetic word to the nation of South Africa). Included in these issues were teaching CD’s by Lindie as well as a DVD “It is Time!” showing the story and the process behind the creation of MY World. It was also a call for an awakening as the bride of CHRIST.

During this time the LORD opened various other doors in media. The message of MY World reached beyond the printed pages of the magazine. United with other Christian publications, Lindie became a columnist and contributor as well as a radio presenter on national radio stations. GOD expanded the platform exponentially, reaching the world.

A complete season and new territory 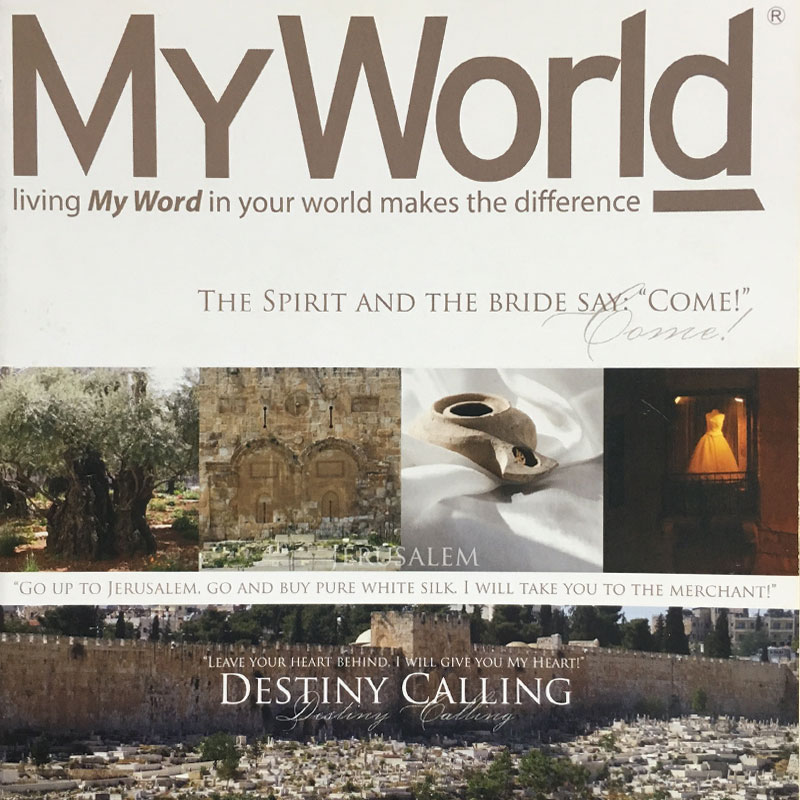 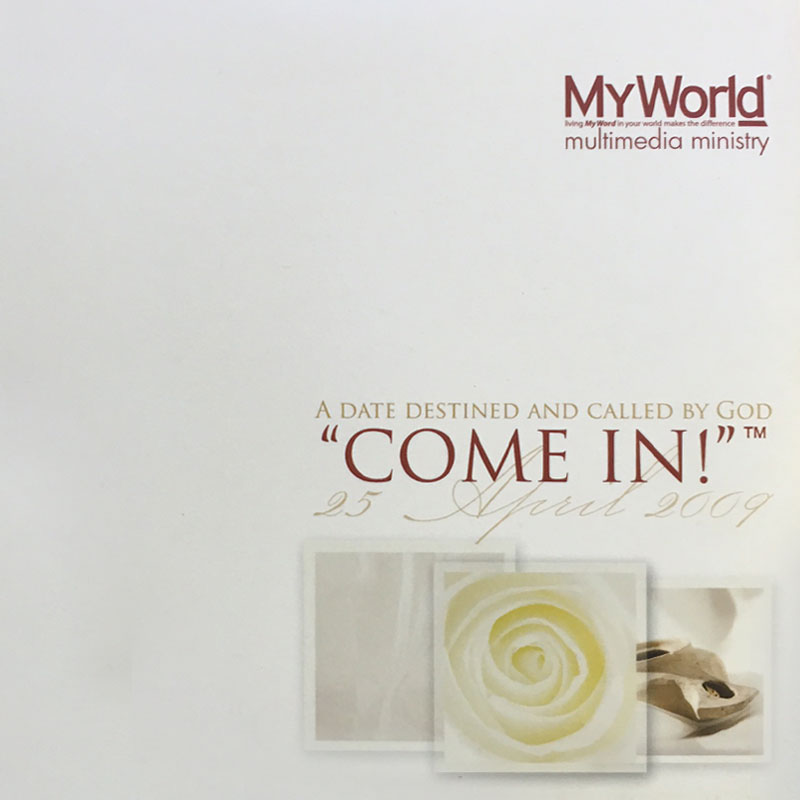 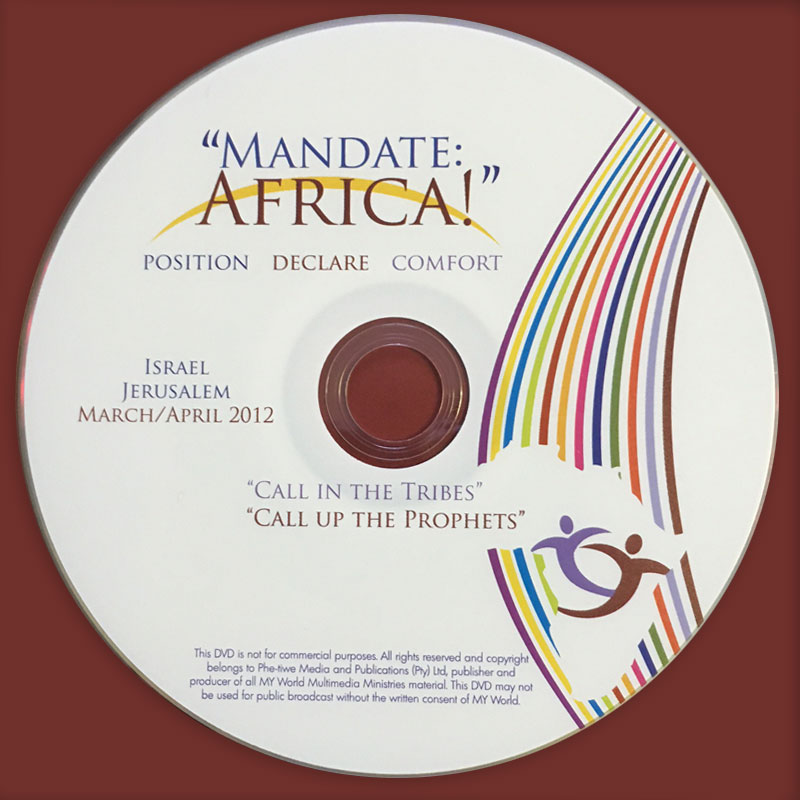 During the lifespan of MY World, strong relationships were forged as a united body of CHRIST. In unity with other leaders, MY World undertook focused journeys to Israel. The first mission was to produce a documentary in Israel. It was filmed on the streets of Jerusalem. The DVD “Destiny Calling” was distributed internationally and was a very clear message to the bride of CHRIST to prepare for the return of our LORD. Beautiful parables found in Jerusalem were used and the storyline of “Destiny Calling” is unique, emphasising the truth that GOD has a destiny for each one of us.

After “Destiny Calling” Lindie undertook a journey to Israel with approximately 1500 participants and ministered with leaders in Jerusalem as part of the Gospel Gala 2010. There was formed the ministry “Come In!”. “Come In!” was then presented in an intimate conference setting across South Africa and neighbouring African countries.

As completion of this season, as visionary and under leadership of Lindie, “Mandate: Africa!” was a united, prophetic journey to Israel. Leaders from various sectors of society and Africa undertook this journey, exceptionally executed by the entire team. The season for “Mandate: Africa!” was prophetically relevant. +/- 300 participants journeyed as a mandate of prayer and prophetic declaration from Africa and a mandate to Africans to arise in our purpose and destiny! The journey and gatherings (conferences) were recorded and broadcasted internationally on Christian Television Channels. This signified a beautiful completion of a pivotal season in the lives of many. A season that remains purposeful, meaningful, foundational and preparatory to continue as labourers in the Kingdom of GOD – all for HIS GLORY!

We continue to place nuggets of MY World on social media

On an ad hoc basis, we will place articles and experts of MY World on Facebook as the message of MY World is timeless and continues to minister the Love, Hope, and Healing in JESUS CHRIST to the hearts of people. The eagerly await the return of our LORD JESUS CHRIST and in the time that we wait, we continue in the pursuit of HIS GREAT COMMISSION and to share the LOVE of JESUS CHRIST where we live.

“Oh, how great are God’s riches and wisdom and knowledge! How impossible it is for us to understand his decisions and his ways! For who can know the Lord’s thoughts? Who knows enough to give him advice? And who has given him so much that he needs to pay it back? For everything comes from him and exists by his power and is intended for his glory. All glory to him forever! Amen.” Romans 11:33 – 37.